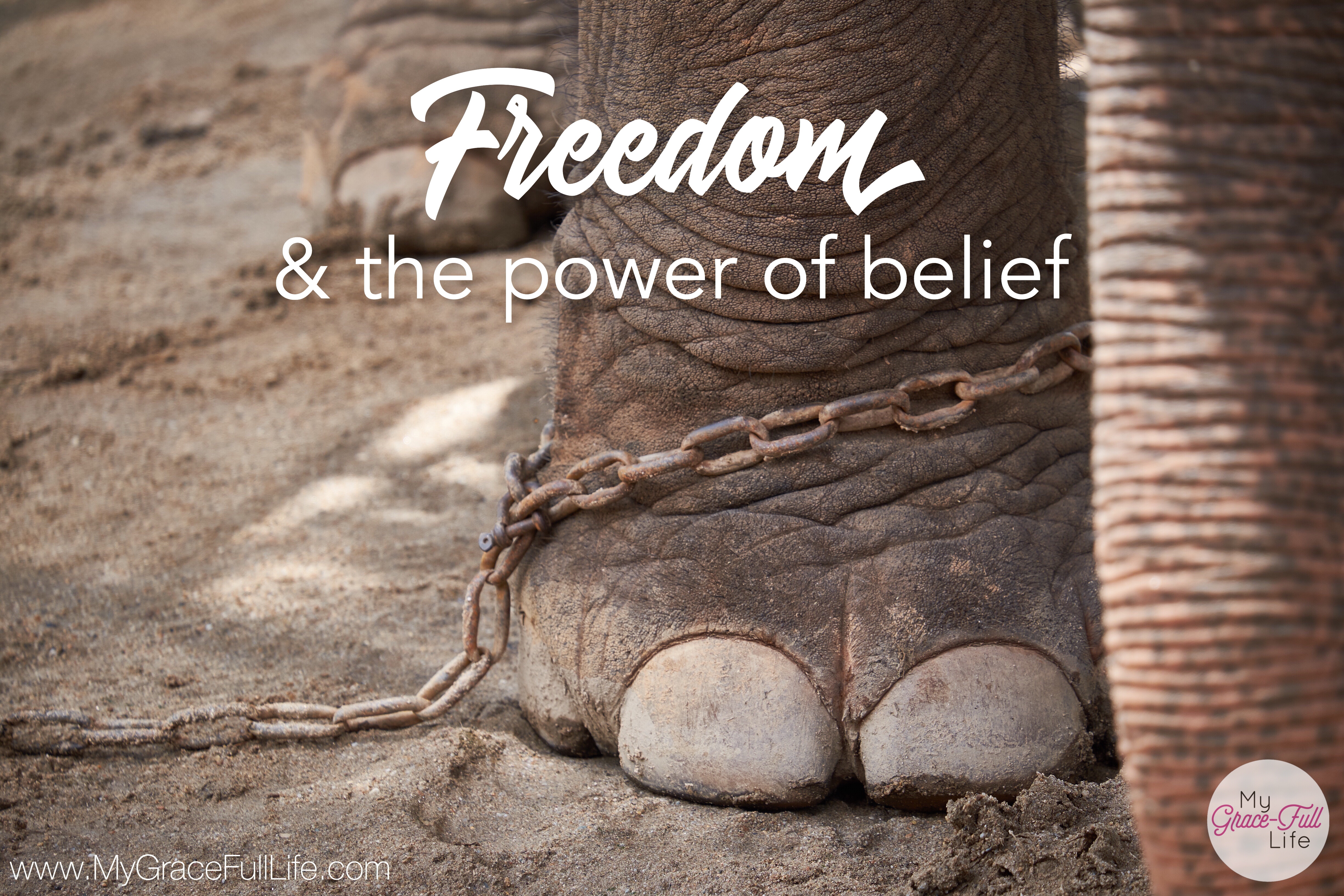 PRAISE & PRAYER PROMPT ••• When a baby elephant is tethered to a stake, it will pull against it.
However, over time, the elephant will become convinced that the rope is too strong, and it will stop trying.
Even as the elephant grows in strength, the psychological hold of the rope is so great, the elephant’s mind is conditioned to believe that it’s inescapable.
Isn’t that so sad?
I couldn’t help but think about this when I read Acts 12 this morning.
(It’s not an apples to apples comparison, but I pray you’ll see where I’m going with this.)
In this book, King Herod Agrippa arrested Peter with plans to put him on trial after Passover.
Verses 6-7 say, “The night before Peter was to be placed on trial, he was asleep, fastened with two chains between two soldiers. Others stood guard at the prison gate. Suddenly, there was a bright light in the cell, and an angel of the Lord stood before Peter. The angel struck him on the side to awaken him and said, ‘Quick! Get up!’ And the chains fell off his wrists.”
Skipping down to verse 9, it says, “So Peter left the cell, following the angel. But all the time he thought it was a vision. He didn’t realize it was actually happening.”
And again, skipping to Verse 11a, “Peter finally came to his senses. ‘It’s really true!’ he said. ‘The Lord has sent his angel and saved me…’”
While the elephant’s captivity is based on belief, Peter was physically held prisoner.
However, he doubted his rescue through the process until he got to the other side.
In fairness to Peter, he had experienced visions from God before and he was just woken up from a sound sleep (at least I have to assume it was a sound sleep since the angel had to nudge him awake…)
We may believe false perceptions about ourselves, other people, or the situations around us.
But we don’t have to remain prisoner to those beliefs that hold us back in fear.
Galatians 5:1 says, “So Christ has truly set us free. Now make sure that you stay free, and don’t get tied up again in slavery to the law.”
Just as the angel woke Peter and the chains on his wrists fell off, so is Jesus waiting to set us free from the things that hold us back.
It’s a matter of trust.
We can’t believe a rope that tethers us.
It has lied and deceived us from believing the truth that we are free in Jesus and that with God, anything is possible (Matthew 19:26).
And the confusion of Peter, even when he was unchained, led out of a prison, then out of the city gate before he realized how God had saved him… well, I find that very relatable.
Most of us can cite at least one memory when, at the time, we were confused or devastated, but with hindsight, we realized God’s hand on the situation protected us from something much worse.
And in that moment of hindsight-clarity, we too can say, “It’s really true! The Lord has saved me…”
At the end of the day, life lived with Jesus is the only true freedom because with Him, we no longer have to experience doubts.
We know He loves us and He has a plan.
We can trust that He has a purpose, even during seasons of pain and sadness.
Today, as you pray, thank Jesus for the freedom He offers.
Ask the Holy Spirit to help you break free of any ropes or chains that hold you back and to trust in Jesus, even when you don’t understand His plans.