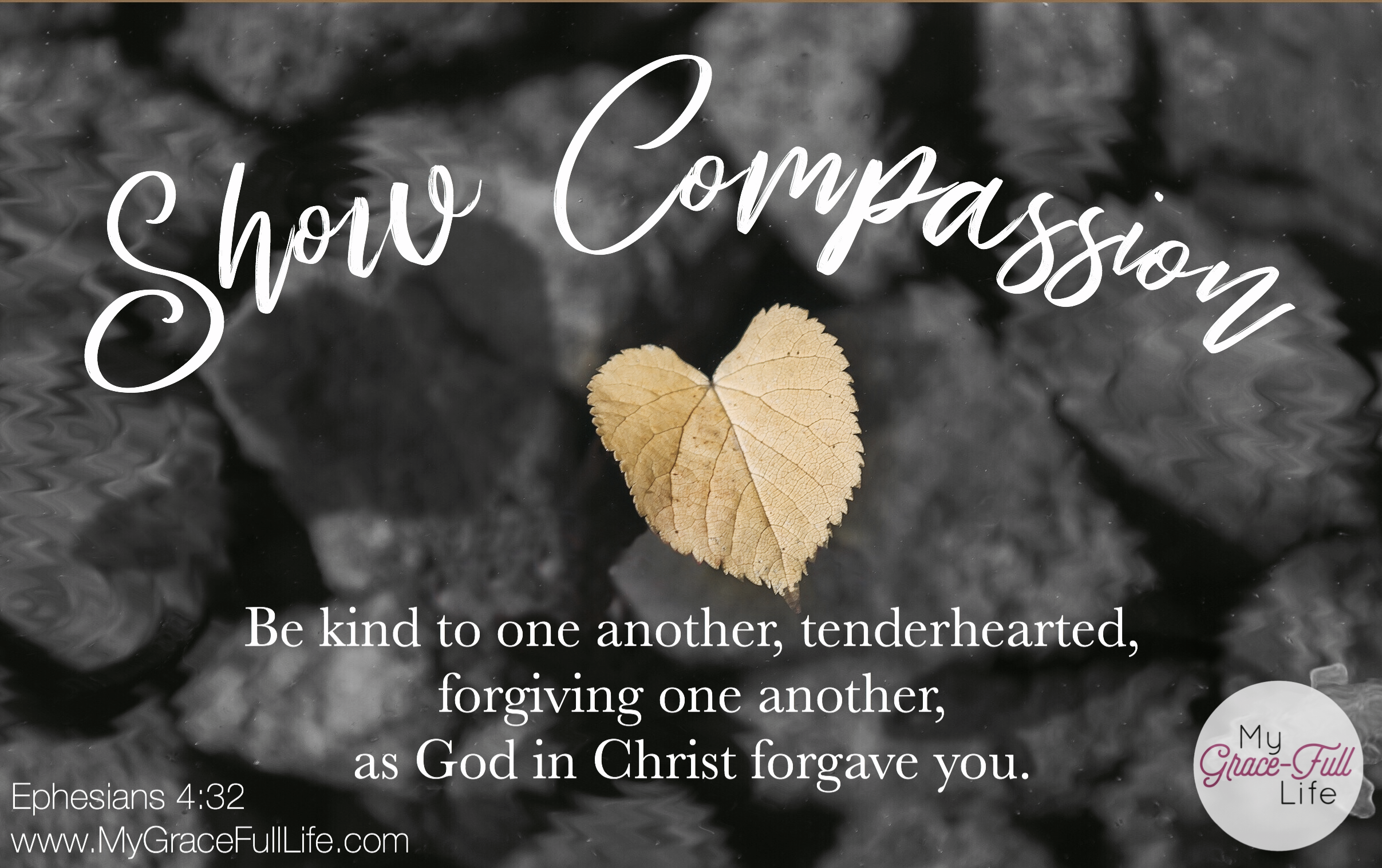 PRAYER PROMPT ••• Pretend you’re at an animal shelter, and you see a puppy, shaking and cowering in the corner of her kennel. The worker tells you that the puppy was the only one who survived after her mother and two sibling-puppies were hit by a car. Her family is gone, and she’s alone and confused and doesn’t understand that the people at the shelter are trying to help her.

What are you most inclined to do?

If you’re like me, you want to pick her up, snuggle with her, and speak soft words of comfort to her. You want to show compassion to the puppy. I get teary-eyed just thinking about it! (My husband and I have to remind each other often, “We can’t save them all.” We love animals.)

It’s no longer a puppy who is alone and scared; it’s a grown man. He’s sitting in the cold, bundled up and shivering.

What you don’t know is that he went home earlier that night, found out his landlord hadn’t paid the mortgage, and all the tenants (including himself) are now homeless. He’s alone in the city, and his family lives 2000 miles away.

He doesn’t make a lot of money and has been living hand to mouth.
Ironically, he just paid his rent which was the majority of his net take home. There’s less than $100 in his account, and he’s not sure where to go or what to do. He doesn’t know many people in the area, and he’s terrified of what they would think. Besides, he can’t call anyone; he doesn’t have their personal numbers stored in his phone, and no one is at work at this hour. Sure, he could call his family, but they can’t afford to rescue him. They are barely making it too.

How do you feel about him?

Obviously, you wouldn’t know his story without him telling you, but even if he did, would you be suspicious? It’s okay to admit you would be because I do.

I admit I’m far more likely to offer the puppy shelter than I would be another person. I would want to believe him and wish I could help. Maybe I could call him a cab to take him to a nearby shelter, or even pay for a night or two at the local motel while he gets things straightened out. I could be sympathetic to his circumstances; it’s certainly not his fault that the landlord created this mess. But I would still hesitate.

I blame Dateline and Forensic Files.

I’ve watched so much true crime drama, and there are too many who have been tricked by a sad story and been robbed, beaten, even murdered in the process of helping a stranger. But the scenario boils down to this question: can you show compassion to this down-on-his-luck man?

Jesus shared the importance of compassion in his parable of The Good Samaritan (Luke 10:30-37). The man was robbed and left for dead when he was ignored by both the priest and the Levite. Only the Samaritan (a second-hand citizen of that time) had the compassion to tend to this man and give him help. A synonym of compassion is mercy; the kind of mercy we are all offered by our Heavenly Father.
And we are called to show it to others.

I think we’re all agreed on the compassion we want to show to the puppy, but what about the man in need? Again, I admit that showing compassion to him would be harder than the puppy.

And I hate to admit that my compassion would be greater for a dog than for another human being. But I’m being honest, and I’m telling you this is something I want to work on… being compassionate to others.

It doesn’t mean I need to give them the keys to my house, but I can buy a cup of coffee. I can have Blessing Boxes in my car for such a time I’m challenged to offer compassion.

I’ve made up both of these scenarios; neither are based on any real situation that I know of, but both are possible.

Our signature verse today is Ephesians 4:32, “Be kind to one another, tenderhearted, forgiving one another, as God in Christ forgave you.”
Jesus told us that whatever you do for others, it’s like we’re doing it for Him (Matthew 25:31-46).

You never know whose life you may impact, or who you’re compassion is extended to. Hebrews 13:2 says, “Do not neglect to show hospitality to strangers, for thereby some have entertained angels unawares.”

Today, as you pray, ask the Holy Spirit to fill you with compassion for others. Ask Him to encourage you when you’re presented with opportunities to love others and to give you the heart of a Samaritan.