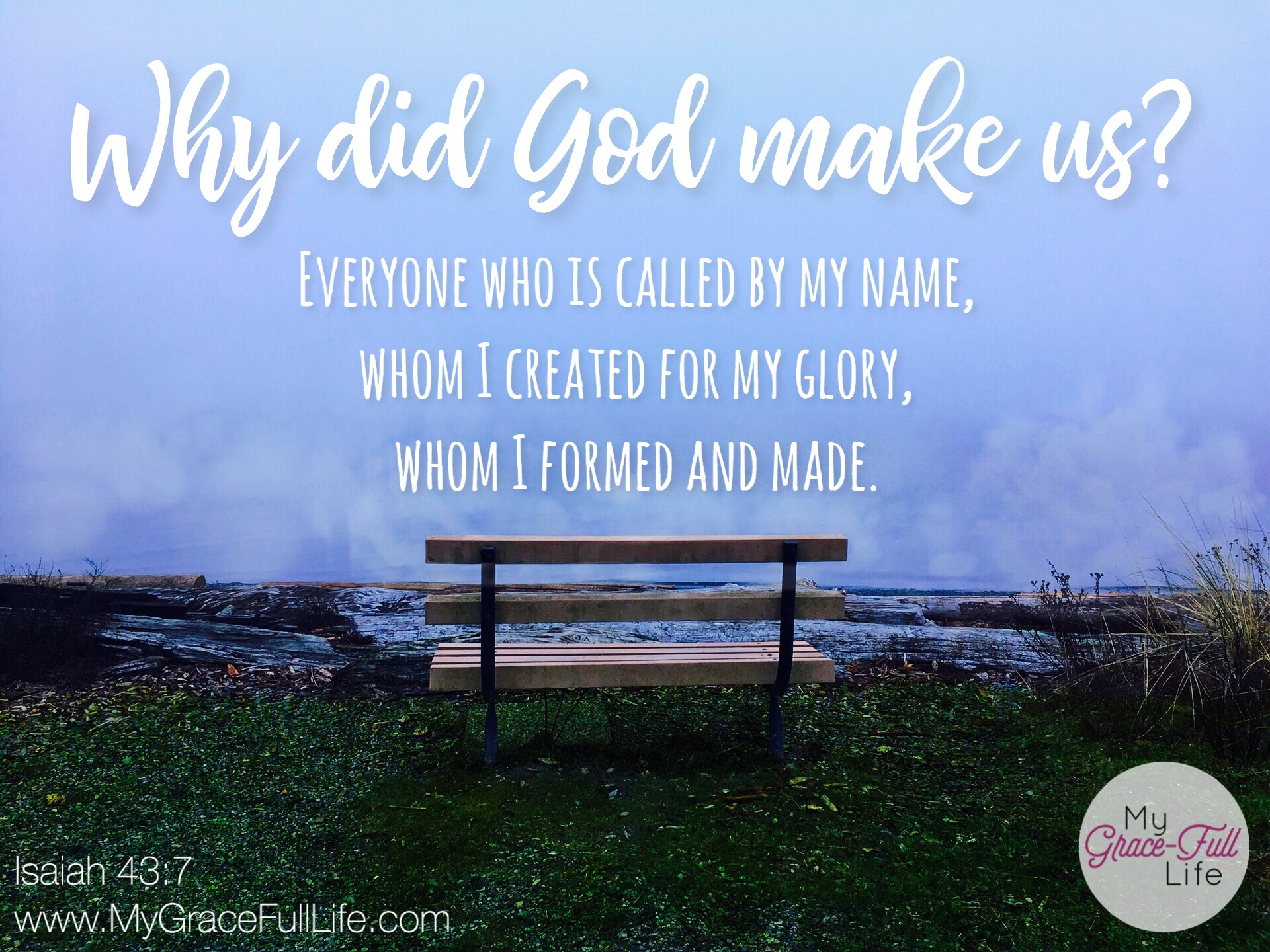 PRAYER PROMPT ••• When you look at the condition of the world we live in, where sin runs rampant, do you ever wonder why God bothered to make us?
He’s omniscient.
He knew, when He created the angels, that Lucifer’s pride would dominate his personality.
God knew Lucifer would challenge His authority and lead a rebellion of angels, who would ultimately be kicked out of Heaven.
He knew Lucifer would not only see to the downfall of many angels, but he would also do his best to destroy mankind.
He knew Lucifer/Satan would tempt Adam and Eve.
He knew sin would enter the world through willful disobedience when Adam and Eve took a bite of the forbidden fruit.
God knew all of it, and He knew the only way we’d be restored is through the death of Jesus on the cross.
This is one of those great mysteries and a prime example of Isaiah 55:8, “‘For my thoughts are not your thoughts, neither are your ways my ways,’ declares the Lord.”
So why did God make us?
Before we go there, parents – think of your children.
Have they disappointed you?
Hurt you?
Made you crazy mad?
If the answer isn’t, “Yes,” to all three – I assume you have a newborn.
Congratulations, but give it a couple of years.
Next questions – Have your children brought you joy?
Made you laugh?
Made you proud of them?
Yeah.
Maybe God’s why’s aren’t that hard to understand after all… because, despite the answer to the first three questions, you’d do it all over again, wouldn’t you?
You can’t imagine life without them, can you?
Similarly, God made us despite the pain and frustration we cause Him.
Because He loves us.
He’s our Heavenly Father, and though He knew beforehand the poor choices we’d make and the heartache we’d cause Him, He still thought we were worth the effort.
Let that sink in a minute.
God created you, despite your flaws, imperfections, and sinful nature, because despite all the ways you’ve let Him down, you are worth His effort.
You are, in fact, worth dying for and Jesus did that!
Humbled much??
Wow.
In Psalm 100:3, the psalmist wrote, “Know that the Lord, he is God! It is he who made us, and we are his; we are his people, and the sheep of his pasture.”
And Jesus told us that He’s the Good Shepherd in John 10, and specifically in verse 11, “I am the good shepherd. The good shepherd lays down his life for the sheep.”
Yes, He did.
Today, as you pray, thank God for making you.
Take a moment to appreciate that despite all you’ve done, Jesus wants a relationship with you, and still thought you were worth dying for.